Inventory is down for Bend, Oregon Real Estate

Inventory is down for Bend, Oregon Real Estate

If you aren’t a subscriber to our monthly eNewsletter, it is packed with great information and current affairs. You can sign up here. Here’s an excerpt from an article from our recent issue that we thought you might be interested in! Looks like right NOW might be a great time for buyers and sellers in the Bend, Oregon real estate market based on inventory levels, building permits pulled and sales price trends.

Statistical update: At the beginning of April, homes in the Bend area residential sector were running ahead of last year in numbers sold and average price while inventories continued to decline, all suggesting that while the complexion of the housing market may not yet be exhibiting the ruddy glow of a distance runner, at least it has lost its cadaverous pallor. 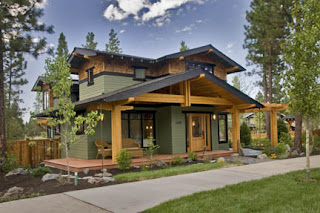 The number of homes sold in Bend last month (March 2012) increased for the second month in a row following a dip in January. Average and median sale prices inched downward but have generally followed a level course over the past year.
In addition, the number of building permits for single-family homes issued in Bend during the first quarter of 2012 drew a huge round of applause from watchers of the local economy: 89 permits were issued, coincidentally up 89% over the same period last year. This was the highest first-quarter figure since 2007, when a record 227 permits were issued. The average from 2008 to 2010 was 42 permits.
Contact one of our experts today to find out what this all means for you!