The Pendulum is Swinging in Bend, Oregon Real Estate: A Look at the Numbers

With trustworthy amounts of sunshine becoming a reality inBend Oregon, people are starting to think about spring 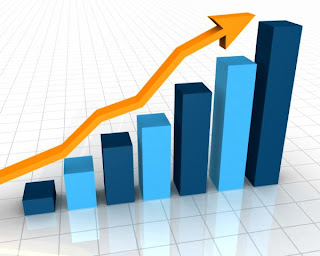 and summer activities. There are street festivals, outdoor concerts, paddle boarding, hiking, biking and so much more to do all around Central Oregon. Typically, spring also brings heightened activity in the Bend Oregon real estate market, where the number of available homes has been decreasing while the number of homes sold has jumped dramatically.

Realtorsâ and other crystal ball gazers study absorption rates—the comparison of inventory and sales figures used to calculate the theoretical number of days it would take to sell the plate clean. From this source, we can compare sales and listing totals accrued from December through May of this year with comparable six-month numbers in each of the three previous years (12 months in the case of 2008). The number of homes sold over the full period increased by 72% while the number of active listings dropped by 64%. (Figures based on MLS statistics for Bend, Oregon residential listings on less than one acre.)

What follows is a little wonky but stick with us: Annual rates of change were not equal between active listings and sales. Six-month totals ending in May 2009 showed the number of active listings dropped 20% while the number of sales increased only 4% over the comparable period a year before. The pace of sales picked up considerably the following year, to 30%, increasing another 27% for the six months ending May 2011. The number of listings continued to dive, 35% and 30% in subsequent years, measured in comparable six-month periods.

Bend Oregon real estate sales exceeded the number of active listings for the first time in the six months that ended this May. During the same period, Bend had one-third as many residential real estate listings as it did in 2008 and nearly twice the number of homes sold. While we see more listings coming on the market as spring moves toward summer, the numbers don’t lie. We can see the pendulum swinging back toward a seller’s market. This is good news for homeowners, and a little push for buyers to start finding their dream homes.

With fewer active listings and more sales, demand is outpacing supply. And that’s something we can all cheer about!